Sound & Light show, is a form of nighttime entertainment that is usually presented in an outdoor venue of historic significance

Special lighting effects are projected onto the façade of a building or ruin and synchronized with recorded or live narration and music to dramatize the history of the place.[1] The invention of the concept is credited to Paul Robert-Houdin, who was the curator of the Château de Chambord in France, which hosted the world's first son et lumière in 1952. Another was established in the early 1960s at the site of the Great Pyramid of Giza in Egypt.

This nighttime medium naturally lends itself to ecclesiastical buildings, stately homes and ruins,[citation needed] and has rapidly become very popular in France where about 50 annual productions take place, principally in the Loire Valley, at the Palace of Versailles and at Les Invalides in Paris.

The format usually involves no active participation by actors but a recorded narrative of the history of the building concerned by one or a cast of voices. To this is added music or sound effects as appropriate, all of which is synchronised to lighting and/or projection effects which provide the visual dimension. Pyrotechnic effects are occasionally included for added spectacle. 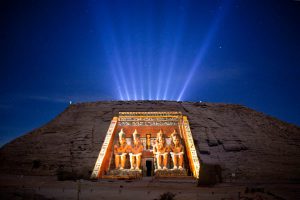 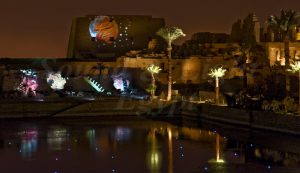 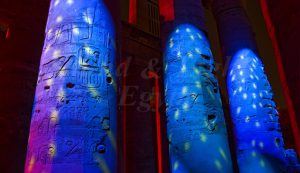 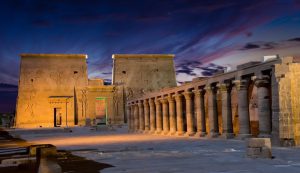 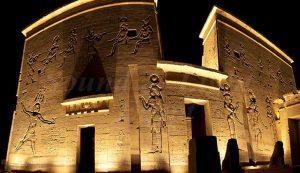 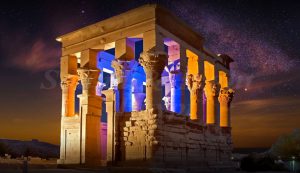 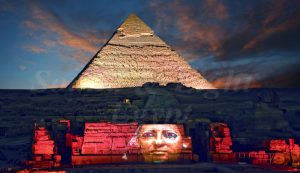 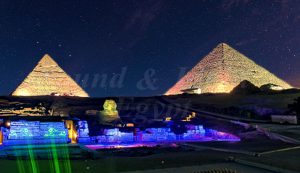 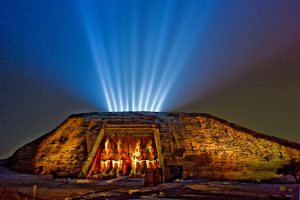