The Museum of Egyptian Antiquities, known commonly as the Egyptian Museum or Museum of Cairo, in Cairo, Egypt, is home to an extensive collection of ancient Egyptian antiquities. It has 120,000 items, with a representative amount on display and the remainder in storerooms. Built in 1901 by the Italian construction company, Garozzo-Zaffarani, to a design by the French architect Marcel Dourgnon, the edifice is one of the largest museums in the region. As of March 2019, the museum was open to the public. In 2021, the museum is due to be superseded by the new Grand Egyptian Museum at Giza. .

The Egyptian Museum of Antiquities contains many important pieces of ancient Egyptian history. It houses the world's largest collection of Pharaonic antiquities. The Egyptian government established the museum built in 1835 near the Ezbekieh Garden and later moved to the Cairo Citadel. In 1855, Archduke Maximilian of Austria was given all of the artifacts by the Egyptian government; these are now in the Kunsthistorisches Museum, Vienna.

A new museum was established at Boulaq in 1858 in a former warehouse, following the foundation of the new Antiquities Department under the direction of Auguste Mariette. The building lay on the bank of the Nile River, and in 1878 it suffered significant damage due to the flooding of the Nile River. In 1891, the collections were moved to a former royal palace, in the Giza district of Cairo.[1] They remained there until 1902 when they were moved, for the last time, to the current museum in Tahrir Square, built by the Italian company of Giuseppe Garozzo and Francesco Zaffrani to a design by the French architect, Marcel Dourgnon 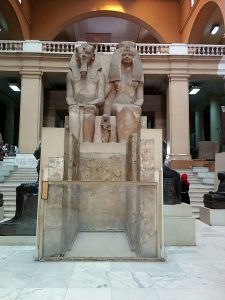 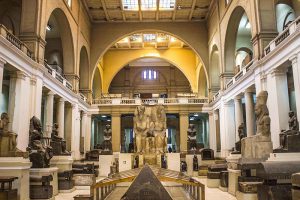 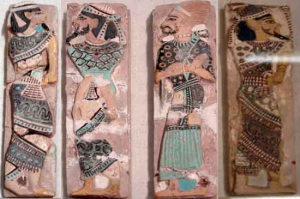 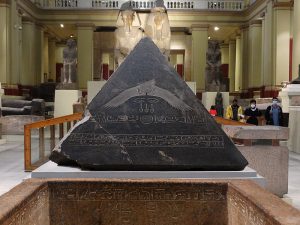 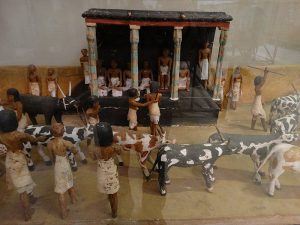 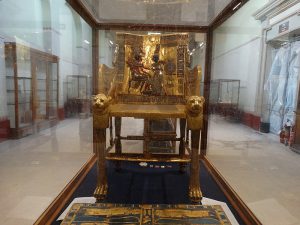 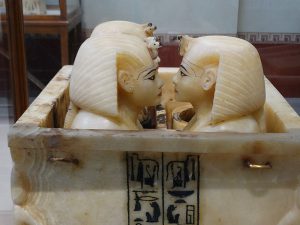 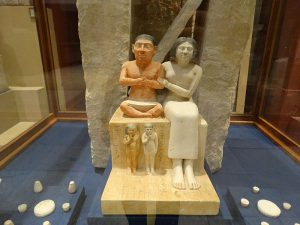 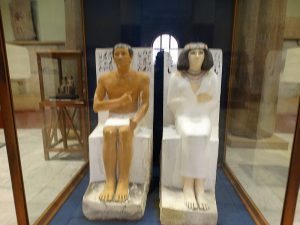 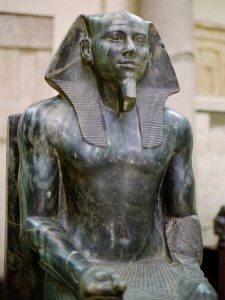 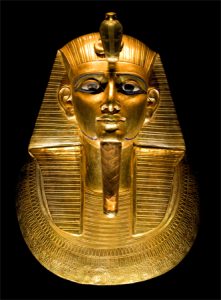 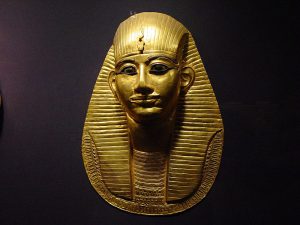